Sponsorship Around the World: Evidence of Success in Small Places

Over the years, we have written a number of white papers and blogs on topics related to sponsorship. Much of these have been based on our now 12 year old study – The Canadian Sponsorship Landscape Study (CSLS) – or one of our three iterations of Canada’s Most Valuable Property (MVP) study, last done in 2016.

However, as we approach sponsorshipX in Whistler in August, where we plan to share the first version of our global sponsorship landscape study, we wanted to share some of the research we’ve been doing on the topic and hopefully enlighten you with some stories of sponsorship in faraway places where you might not think it is as sophisticated as it is.

ESP (formerly IEG) has forecasted a positive 2018 for sponsorship globally, suggesting a 4.9% growth over 2017 to an estimated spending total of US$65.8 billion. In North America, they estimated a 2018 spend of US$24.2 billion, or just under 37% of the spending globally.

If you do some quick research on world population, you’ll find that of the world’s estimated populace of 7.6 billion people, only about 6.5% live in North America. So, yes, North America is hitting much above its weight in sponsorship.

This is why, as we embark on our global study, we wanted to do some digging just to see what is happening in other parts of the globe.

And what did we find? Well, we think a series of interesting stories of sponsorship that we can learn from. The places? New Zealand, Sweden, Malaysia, Chile, Norway, Columbia and more.

In no particular order, here they are…

First, in the tiny island nation of New Zealand, the partnership between their local postal service, the New Zealand Post, and one of the country’s most popular fashion shows, New Zealand Fashion Week and Miromoda Showcase. The event showcases Maori fashion and celebrates the history of New Zealand’s indigenous people and the sponsorship had many aspects, but what really struck us was the very innovative digital activation, known as “Pass the Fashion Parcel”, which allowed event goers an interactive experience related to online shipping that could be shared digitally with opportunities to win fashion themed prizes.

Next, we move to the Scandinavian country of Sweden, known for its beautiful outdoors, Nordic sports and music. Despite their disappointing performances at the 2018 Winter Olympic Games, the country’s National Ski Teams (alpine and cross country) have, in our view, built a great partnership with international restaurant brand, McDonald’s. The campaign that caught our attention is one known as “A little too proud sponsor” that was built around Swedish skiers sporting Big Mac patterned winter clothing, including ski gear and helmets. The clothing and helmets were for sale, with proceeds going to support local Swedish ski clubs. The strengths of this program, in our view, were (i) the strong link of a non-Swedish brand, McDonalds, to the Swedish people via one of their most popular sports/pastimes and (ii) the ability to give back but related to the purchase of something that was cool and could actually be used to participate in the sport.

Third, we jump back around the globe to Malaysia, the rapidly developing former British colony located in South East Asia. Here, two sponsorships grabbed our attention, both whose reach was far beyond the Malay border. The first partnership was between Malaysia Airlines and the legendary Liverpool Football Club who play in the English Premier League, with the objective of growing the airlines reach with the 100’s of millions of Liverpool fans around the world with the integration of star players in the content leading to a reported significant growth in awareness of the airline and sales to tickets. The second was a sponsorship of the UFC (Ultimate Fighting Championship), the world’s largest mixed martial arts league, by low cost airline, AirAsia. The partnership has many traditional elements (signage, sweepstakes, content, etc.) but also includes the sponsorship of a UFC scholarship (all expenses paid) for a young Asia-based athlete to travel, life and train at the UFC Performance Institute in Las Vegas.

At the southern tip of South America, in the mountainous country of Chile, we found a good example of using sponsorship to move into markets. Here, the Chinese manufacturer of Sport Utility Vehicles (SUV), Haval, used sponsorship of golf to expand beyond its traditional Chinese market to a number of strategic locations including Chile. The property partner is the Prince of Wales Open Golf Championship held annually in the Chilean city of Santiago. What impressed us about this sponsorship, was the integration of the cars into the event, the opportunity to sit in and check out vehicles, prizes for fans and the players, and an integrated experiential campaign. Of note, one of the Haval brands was shortlisted for Best SUV of the Year in Chile, just six months after entering the market.

Next, the Swisscom sponsorship of the Festival Del Film Locarno caught our eye. Swisscom, a major telecom firm in Switzerland, has sponsored the Locarno, Switzerland-based festival for more than 2 decades. The interesting element we noticed in recent years has been Swisscom’s “co-sponsorship” efforts with Sony to provide livestreaming on mobile networks of the festival cable-free for attendees (including extending the experience to those at the Grand Hotel Swisscom) and the nearly 1,000 journalists who cover the event.

Returning to South America, and the country of Columbia, we found another innovative case of Chinese sponsor using sponsorship to move into new markets. In this case, telecommunications giant Huawei invested in a partnership with the Independiente Santa Fe Soccer Team, based in the city of Bogota. The club is one of the most successful teams in Columbia, with many fans. They play in a stadium with a capacity of 36,000, so tickets are a premium. The interesting aspect of this sponsorship is the “Bombo de mi Corazón” (“heart beat drum”) campaign, where the heart beats of fans are collected around the city using sensors while the fans watch highlights. The idea is to give fans who cannot attend live a chance to feel connected to the team and then to use the recordings of the heart beats in venue to motivate the players and the fans in attendance via the sound system. Reports are that the activation was a huge success with more than 1 million heartbeats collection, 16,000 tweets, 42 million social media impressions, and brand association increase of 300%. 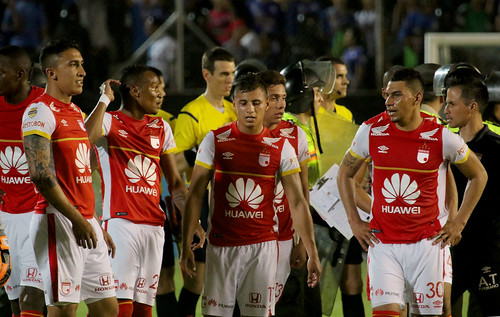 Returning to Scandinavia, but this time to the country who impressed with a 2018 Winter Olympic Games performance that was best in the world, cementing themselves once again as the top winter sport country in the world, even with a population the size of Toronto. In this case, we found a sponsorship of the Norwegian Men’s Curling Team that we think is worth reporting on. The sponsor is Loudmouth, a producer of clothes known for their vibrant prints, Loudmouth has a brand position that is about fun. For those who are fans of the Olympic Games, you may recall Norway’s outrageous pants and uniforms at the curling competition at the Vancouver 2010 Winter Olympic Games. If you do, well that was Loudmouth. That was the kickoff of their long-term sponsorship with the Men’s Curling Team in Norway. They are legendary in curling circles. The innovation here is Loudmouth’s ability, not unlike Ralph Lauren has done with the US Olympic Team at Opening Ceremonies, is to stay within brand guidelines at the Games yet still make a lasting and powerful impressive. Simple but creative. Some reports support its success noting massive social media increases for Norwegian curling and sales bumps for Loudmouth.

Staying in Norway and winter sports, but this time a specific athlete, the Telenor sponsorship of Aksel Lund Svindal is also noteworthy. Telenor is a major Norwegian telecommunications company and Svindal is a world champion alpine skier. In one notable activation, Telenor actually melted down his gold medal from the 2007 World Championships downhill event into 120 million tiny particles which were included in 3 million SIM cards. So, each of those SIM cards had a little piece of a world championship gold medal in them!

So, there you have it. There is clearly evidence that sponsorship is being used, and being used well and creatively around the world. In some cases, it is major firms from the world’s biggest economies using it to reach new markets, while in others, local firms are using the most popular sports and athletes of those countries to build reach, affinity and association to their brands.

I’m not sure about you, but we’re very excited to see the results of the global study!

Special thanks to Jessica Cail, Market Research Coordinator at the T1 Agency, for her contributions to this article.

This post was written by Dr. Norm O'Reilly, Partner Consultant